It's been weeks since I've posted something (with words). Things have been rough rough. This is not what I had in mind when I decided to move back to Israel.

In the two weeks before I moved, I felt a bit weaker than normal which was probably because I've been losing weight prior to those two weeks. I got down to about 59 kilos (130 lb). I was a bit concerned I will keep losing weight, but I've been stuck on 58 kilos for weeks now. So at least I'm not losing any more weight for now.

It's been harder to swallow more than ever. It makes it so that I need to chew longer in order to break down the food more so I can swallow it. Now, because I chew a lot I get tired, it takes me longer to eat, and I feel full pretty fast. I feel full probably because of all the chewing which makes the brain send a message to my body as if I already ate enough for this meal.

Of course there is also the pain and my mood which aren't helping in having a healthy appetite. I noticed that more than not having appetite, the actual problem for me is the pain and the swallowing. I'm not sure how much can really be done about the swallowing. It has to do with the whole left side of my neck and face being weak and paralyzed in some areas. In regards to the pain there are ways to help, it just takes time finding the right recipe. I've been trying a few kinds of  pills, and also some candy called Actiq. This week I should be approved for medical cannabis.

I read something about an Israeli company that is growing a new cannabis plant without the THC (which is the compound that gives users the high feeling). If they have this specific plant and it will help my pain it will be perfect. Although it's fun being high sometimes, it's not something I want to feel all day every day. The cannabis should also act as an appetite stimulant.

The pain in my left arm has gotten better. I think it's better than what it was a month ago. What's left with the left arm right now is mostly the movement which I think has also improved, but not too much. I've been going to a physical therapist twice a week, and doing some exercises for the arm.

But, during this month the right side has been bugging me more and more. There are two main spots that are painful. One on my neck, and the other on my hip (right where the bone is). I think it has to do mainly with my weight loss, and my inability to gain some of it back. My body is, overall, very weak (though blood tests are fine). It could be that not having much meat around my bones is making my body go after muscles. There could be tumors in those two painful spots. I'm feeling something in my neck, and actually, it was there before this whole cancer started, but I'm not positive it is a tumor or some other body part (I'm supposed to have some scans soon that will show what's going on there). I'm also feeling something where my hip is. So maybe with less meat in my body these small tumors are now pressing more on near by nerves.

Moving back to Israel meant finding new doctors that I can see for follow ups and more. I've seen quite a few doctors since I moved back almost two months ago. I'm getting sick of all these hospital visits (hmm I think I actually talked about this in a recent post). Anyways, these trips can really drain my energy, the little energy that I still have. Adding to this the pain, the limitation with my left arm, the new pain on the right, the inability to gain weight, and just the overall tiredness... and this is really not what I had in mind when I decided to move back.

I was really hoping I could have a daily routine within a month after moving back. But it is what it is, things don't always go as planned.

It's not 100 percent all bad, and I have times where I'm able to step out of the house and do. Starting around the early evenings is when things usually get better, and I'm able to breathe. I went to see a movie with my cousins last week. We saw "This is 40" which was disappointing. I thought it will be a lot more comedy, but it ended up being much more of a drama movie. I've been stepping out for concerts at the kibbutz's pub. These shows are awesome and very intimate. There are only about 100 spectators which makes it almost like a private concert. And of course you can't beat walking 5 minutes to get to the pub. This Wednesday I'm going to another concert. I'm not really familiar with the artist, Eran Tzur, but it should be fun. Here is a taste:


Last weekend I was also able to step out of the house to join my family and go on a day trip near the kibbutz. I have some family members visiting from Los Anageles. So that probably helped to force myself to get in the car. It's hard to plan too much things ahead of time. We went on this trip last Saturday, and I already felt pretty good around 10 in the morning. But then from Sunday through at least Tuesday I didn't feel so well. Thursday I felt better, as well as Friday, and Saturday. So you never know. The pain comes and goes whenever it feels like it.


My cousins brought me an awesome gift. I felt like showing it off to everyone, which meant I had to write a post already (I have been writing things on paper, but didn't make a post out of them yet). I love the design my cousins chose. I will try to share a link through which anyone could get a t-shirt of their own.


You might have noticed that I got a haircut and also trimmed my beard. Here are some more close up pictures: 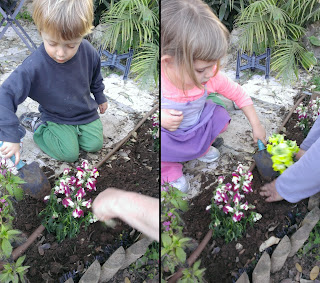 Being stuck at home a lot means there are lots of lonely times. I feel like I'm reaching the point where I'm going to lose it from being home so much. So I'm planning on getting a cat. I would have gone with a dog, but a dog is too much work for now. A cat that is friendly and likes to be spoiled should be good enough. I hope this meow will bring my spirit up.
Posted by Ilan at 5:47 AM