“And in the end, it's not the years in your life that count. It's the life in your years.” That’s a good one. I posted a nice video in an earlier post were Alan Watts talks about a similar idea. He says “Better to have a short life that is full of what you like doing, than a long life spent in a miserable way.”

“A friend is one who has the same enemies as you have.” I can totally relate to this quote. One of my current enemies is cancer. And although none of my friends have cancer, as far I know, I feel that some at least can imagine one of their enemies been cancer. I see it with their support, their constant love and support.

“Character is like a tree, and reputation like its shadow. The shadow is what we think of it; the tree is the real thing.” I think what is meant here by “tree” is say, ourselves, and what is meant by “shadow” is how people see us. The shadow can be altered with little effort. All you have to do is move a little bit, change your angle with respect to the sun. But the tree, the person you are, your character doesn't really change. So many of us try to manipulate our shadows. We try to manipulate our true selves so other will like us. But the shadow is not real, it isn't who we really are.

“If you look for the bad in people expecting to find it, you surely will.”

And these were all quotes by Abraham Lincoln, the 16th president of the United States of America (1861 – 1865). He is famous for his Gettysburg Address speech “Four score and seven years ago…” You can hear the speech with English subtitles in this video. Lincoln can be found on the one cent coin, also known as the “penny.” (do NOT press these pictures till the end of the post... I believe you'll enjoy this post more if you don't see all the pictures at once right now...) 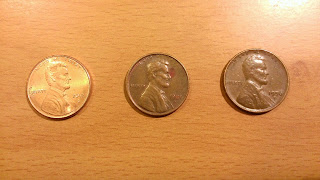 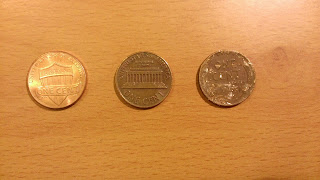 “I find that the harder I work, the more luck I seem to have.”  Sadly, with all these obstacles I've been enduring, I haven’t had the will for hard work. But it does seem that most people who work hard find luck (in form of success for one).

“Speeches that are measured by the hour will die with the hour.”  Saying too much is usually a bad thing. Too much information will often cause confusions and complicate things.

“Pride costs us more than hunger, thirst, and cold.” I know too many who aren’t aware of how much they are losing because of their pride. Pride could be said to be a type of cancer, eating you alive from within.

“Never put off till tomorrow what you can do today” Yes, but I got to check Facebook, Twitter, and Survivor is almost on (:

“He who knows nothing is closer to the truth than he whose mind is filled with falsehoods and errors.”

“I believe that every human mind feels pleasure in doing good to another.” I will second that strongly. If we all would have done good for others, and less good for ourselves (we would get good from others) we would all be happier. Unfortunately, most of us fear to give and not get, to be the “sucker.”

These were quotes by Thomas Jefferson who was the 3rd president of the USA (1801 – 1809). He can be found on the US nickel coin. He is famous for writing the Declaration of Independence (1 of 5 writers). 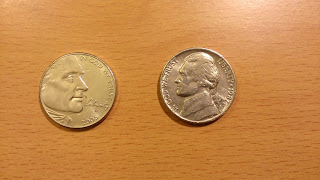 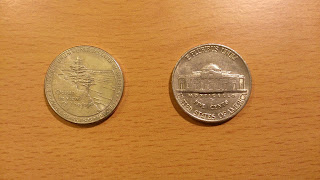 “It is common sense to take a method and try it. If it fails, admit it frankly and try another. But above all, try something.” Stop being subject to high-school-like peer pressure, enough already! Put yourself out there! Don’t fear the reactions from people, fear the time you’re wasting, the time you’re spending trying to be someone you’re not, and “Remember, you are just an extra in everyone else's play.”

“We cannot always build the future for our youth, but we can build our youth for the future.” Parents everywhere, as well as school staff, need be doing a much better job.

“Physical strength can never permanently withstand the impact of spiritual force.”  How I keep finding more and more spiritual force is beyond me, honestly.

Franklin D. Roosevelt (FDR) was the 32nd president of the US (1933-1945). Yes he served THREE terms. He was actually elected 4 times, but died of a stroke one year into his 4th term. Roosevelt can be found on the US’s dime coin. 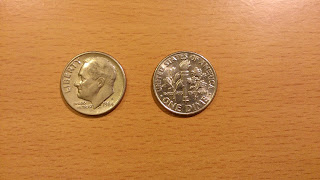 “If the freedom of speech is taken away then dumb and silent we may be led, like sheep to the slaughter.” This includes the internet as well. And why do I keep hearing about certain governments trying to block information from the people?!

“It is better to offer no excuse than a bad one.”

“Discipline is the soul of an army. It makes small numbers formidable; procures success to the weak, and esteem to all.” Discipline in general is crucial and important to implant in our youths. It is how we can teach them structure.

“Be courteous to all, but intimate with few, and let those few be well tried before you give them your confidence. True friendship is a plant of slow growth, and must undergo and withstand the shocks of adversity before it is entitled to the appellation”

George Washington was the first president of the US (1789 – 1797). He is one of the founding fathers of the United States of America. Washington can be found on the US's quarter coin. 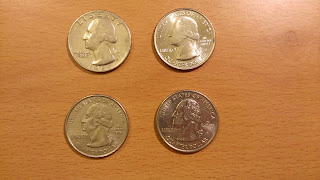 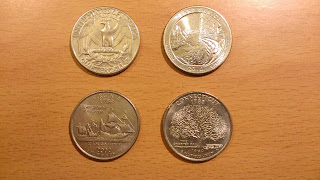 Now, what I actually meant to share is this: 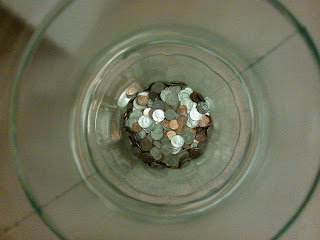 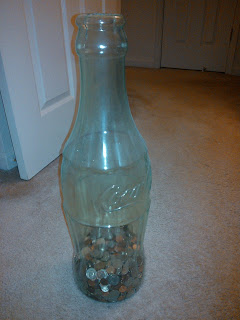 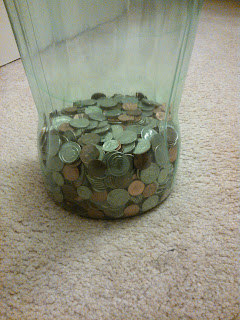 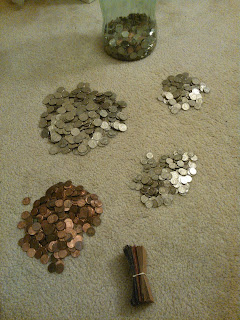 The penny has been minted since 1909. Its tail side was change in 2010 from the “Lincoln Memorial” to a carefully designed shield symbol with meanings. It is a very useless coin. I read somewhere that the cost of making a penny is 0.0179 dollars. A penny is $0.01…

3 of the 4 presidents on these 4 coin are on Mount Rushmore. Roosevelt (the one on the dime) is not on that mountain, but he is a distant cousin of the 4th president who is (Theodore Roosevelt, the 26th US president).

From 1999 to 2008 the US started minting a different tail side on the quarter for each single state! Every year during that time five new states were add to circulation. They even have these booklets for collectors with a place to put all the different coins for each state. But I don't know, 50 states, that's $12.50... I think I'll go watch a movie instead. Check out the different tails in this link.


So I'm in Israel. I arrived 3 days ago. It's been a long journey. I got lots to do as a returning resident. A lot of paper work to take care of. Hopefully it won't take too long to settle down. I need to get stronger, and fast. I cannot remember feeling so weak. I believe the energy from my niece and nephew as well as friends and family will help make for a smooth transaction and a better recovery. Yesterday we (my niece, nephew, and ima) sat together at the table and ate strawberries from a shared bowl. When we came to the last piece of strawberry my nephew quickly said "the last piece is for uncle Ilan" and handed me the bowl (:

Side note, I know these quotes contain high vocabulary. I will try to avoid using such words in future posts. I too get discourage, annoyed, and frustrated when something I read has too many unfamiliar words.
Posted by Ilan at 5:01 AM