I like doing arts. I like to paint, I like doing collages, and there are probably more things I would enjoy doing that I haven't tried yet. Here are the last five paintings I did (I'm not the best photographer, so some of the colors are a tad off):

This first one I painted last year in April, and sent to Israel for my ima's birthday. 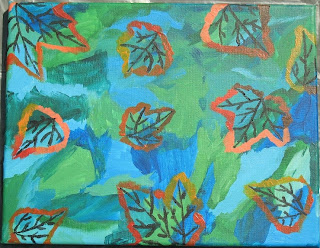 This second one I made the same week, sent it as well in the same package. I made it for my niece's birthday which is 2 days after my ima's. 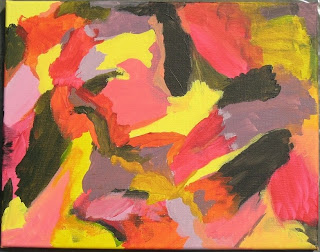 This is another one I made last year in April after which I stop painting, not sure why. 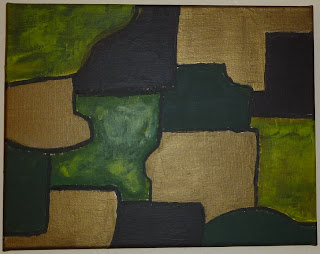 This next one I painted this week, and I think it is my favorite out of the five. 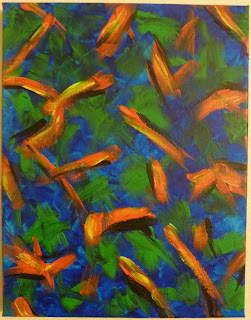 This is the last painting I did which I finished it today. 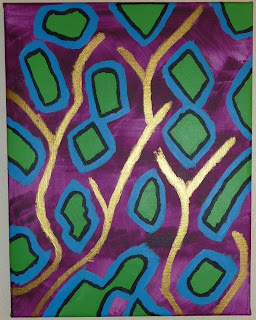 The little hair I had after I used the clippers was coming off a few days ago, so I decided to shave my head completely with a razor. It is the first time I shaved my head with a razor. My usual hair cut is a buzz cut the length of about 4-5 millimeters. 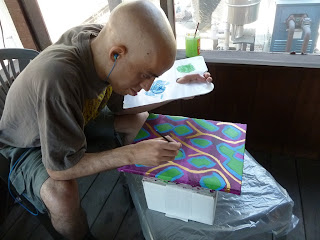 These past two weeks felt like forever. They felt more like a month then just two weeks. I haven't been doing much. Mostly just staying home passing time. I've been playing Madden 2012 on my PS3 with the awesome 49ers. Watching some sports, and other TV shows like the never ending and always fun to watch The Price Is Right. I think they made a great choice going with Drew Carey as a replacement for Bob Barker. I've been probably checking Facebook repeatedly and obsessively more than ever. I really must find more things to do. Get into some weekly schedule. Maybe sign up for some short art classes or workshops.

Tomorrow I go in for my second chemo round. Another 5 days at the hospital. Last time the side effects were surprisingly mild, and I hope this time won't be any different. Also let's hope that my roommate won't be annoying and too loud. I plan to do some reading, some knitting, and maybe some writing. You guys would be ok without me posting for 5 days right? (-:

What else happened the last few days... oh! CHELSEA are the CHAMPIONS of EUROPE!! Although they finished only in the 6th place in the English premier league, they manage to win the biggest title in Europe. They've done so with a lot of heart, belief, and determination. They beat the great Barcelona team in the semis, and then Bayern Munich in the finals after a penalty shoot-out. I'll admit, they were not the better team, but it isn't always the better team that comes out victorious.

FYI I'm talking about soccer here, or as they call it in Europe and pretty much everywhere else beside the US: football. Growing up in Israel, football is pretty much the biggest sport. Basketball is pretty big too. So I grew up on football. However, living here in the US for over 8 years now, and not being able to watch much football, I've kind of lost touch with football. The time difference makes it hard to follow football from back home and Europe. So now I'm much more into American football, and I've been a fan of the 49ers since forever. They looked great last year, and this coming season expectations are very high. I hope the players can withstand the pressure. I'm confident they will!!! GO NINERS!!!
Posted by Ilan at 8:50 PM