That was a delicious salad!

After last round of chemo, I felt very tired. I stayed at home a lot. I stayed for almost a week after I left the hospital. I had some fever, and mouth sours. This time I'm feeling much better. It is probably due to the differences in the drugs I get each time. The are three drugs I get. One drug I get each time, and the other two alternate each round. I started with Infosamide and Etoposide, and on the second cycle I got Infosamide and Adriamycin. The latter is also called "Red Devil" because the liquid is red. Red Devil is the one that makes me weaker and gives me mouth sours.

Monday I was out and about. Went to Big Lots! to look at recliners. They didn't have the one I wanted in stock at the store near closest to where I live, so I went to another location about 20 minutes away where they said they had one. When I got there I also saw a nice and good enough desk/PC chair, so I finally bought one. I was sitting on a folding metal chair with a thin pillow that didn't do much to make it more comfortable. 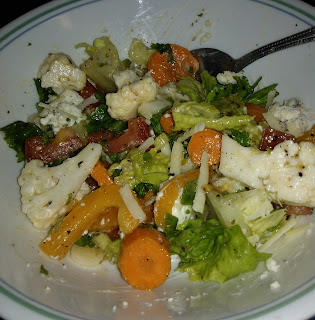 Today I finally bought a painting easel, so hopefully I'll get back painting again. I didn't paint anything new from the ones I painted. Maybe one. The chairs are both great and comfortable. Maybe I'll post some pictures later this week with me posing while watching the SF Giants beat up another team on the road (they better start winning more at home). I'm also getting excited for football season. Less than a month away. GO NINERS!!!
Posted by Ilan at 11:50 PM